The history of the 101st Airborne Division was activated began on 16 August 1942 at Camp Claiborne, Louisiana. Its first commander, Major General William C. Lee, observed that “the 101st”…has no history, but has a Rendezvous with Destiny.” Time and time again, the 101st has kept that rendezvous and in so doing, acquired a proud history.

The 101st moved to Fort Bragg, North Carolina, for training and successfully demonstrated its readiness during the Tennessee maneuvers of 1943. Embarking from Camp Shanks, New York in September, the 101st continued training in England until D-day, 6 June 1944, when its pathfinders became the first Americans to set foot in occupied France.

Following them, the Screaming Eagles parachuted into Normandy and cleared the way for the 1st and 4th Infantry Divisions at Omaha and Utah beaches. After 33 days of continuous fighting, including a bitter battle for the town of Carentan, the 101st returned to England to prepare for future airborne operations. On 17 September 1944, the 101st jumped into Holland during Operation “Market Garden”. Holding a narrow corridor 16 miles long, through enemy territory, from Eindhoven to Grave, the division fought against heavy odds for ten days. The division then continued its role in the liberation of Holland, spending a total of 72 days in combat.

In November 1944, the 101st returned to France for a well-deserved rest, only to be called to action again in the Battle of the Bulge. While defending the critical transportation hub of Bastogne, Belgium, the 101st was surrounded by advancing enemy forces who demanded immediate surrender. The acting division commander, Brigadier General Anthony C. McAuliffe, made history with his classic reply, “Nuts!” The siege was broken on 26 December 1944, but the fighting continued until 18 January 1945.

After moving through Alsace and the Ruhr Valley, the 101st captured Hitler’s mountain retreat at Berchtesgaden. On 30 November 1945, eight months after the German surrender, the Screaming Eagles were inactivated.

The end of World War II marked the beginning of an intermittent existence for the 101st – several inactivations occurred during the next two decades. Official reactivation ceremonies were held on 21 September 1956, making the 101st the Army’s first Pentomic division and part of United States Strategic Response Force.

On 29 July 1965, the 1st Brigade landed at Cam Ranh Bay and became the third United States Army unit to arrive in the Republic of Vietnam. The remainder of the 101st deployed in December of 1967, making history as the largest and longest airlift operation directly into a combat zone.

During the enemy’s TET Offensive, which began on 31 January 1968, the Screaming Eagles were engaged in battle from Saigon to Quang Tri. From May 1968 through February 1969, the division conducted operation “Nevada Eagle,” successfully denying the rice crop of Thua Thien province to the enemy. The division also tamed the infamous A Shau Valley, long used as a base area and infiltration route by the North Vietnamese Army and the Viet Cong.

At the end of 1969, activities turned towards civil affairs and a Pacification Program. In the fall of 1971, the 101st began its return home which culminated in an official welcome ceremony at Fort Campbell on 6 April 1972.

In the Republic of Vietnam, the 101st Airborne Division fought in 45 operations, spanning nearly seven years. Throughout South Vietnam, the division demonstrated its strength and spirit as a fighting unit, but the 101st also discovered some individual heroes. Seventeen Screaming Eagles earned the Congressional Medal of Honor for actions in combat.

In March 1982, elements of the 101st began 6-month tours of peacekeeping operations in the Sinai as part of the Multinational Force and Observers. Tragedy struck in December, 1985, when 248 Screaming Eagles died in a plane crash at Gander, Newfoundland returning home from the Middle East.

In August 1990, the 101st departed for Saudi Arabia to participate in operations “Desert Shield” and “Desert Storm.” The 101st fired the first shots of “Desert Storm” by destroying Iraqi radar sites on 17 January 1991 with an Apache Task Force. During the ground phase of “Desert Storm”, the 101st made the longest and largest air assaults in history, securing Iraqi territory in the Euphrates River Valley and cutting Highway 8 to secure the flanks for U.S. armored forces attacking Iraqi occupation forces in Kuwait. With the cease fire on 28 February 1991, the 101st began preparations for redeployment. By 1 May 1991, the Screaming Eagles were home.

As military and humanitarian operations in Somalia expanded in 1992 and 1993, the 101st Airborne Division (Air Assault) was once again called upon and deployed combat service support and aviation assets from 5th Battalion, 101st Aviation Regiment to support forces in that country. On 2 September 1993, elements of the 9th Battalion, 101st Aviation Regiment which replaced the 5th Battalion came under hostile fire, which wounded a door gunner. On 25 September 1993 another Blackhawk came under fire and crashed, killing the crew and passengers.

The 9th Battalion returned home to Fort Campbell in February 1994. In 1995 and 1996, the division continued to support U.S. Army and United Nations peacekeeping missions with soldiers deployed to Panama, the Sinai, Haiti, Bosnia, and Kosovo.

In response to the 9-11 terrorist attacks, elements of the 101st deployed to protect susceptible facilities within the United States from the possibility of further terrorist attack. The 3rd Brigade Combat Team (RAKKASAN) deployed to Afghanistan in November of 2001. Their first mission was to protect key facilities necessary for the further prosecution of the war against the Taliban and Al Qaeda. They participated in multiple combat operations including Operation Anaconda, a ten-day battle in March 2002 in the Shaw-E-Kot Valley. This operation dealt a crippling blow to the Taliban and Al Qaeda. The 3rd Brigade Combat Team redeployed in the summer of 2002.

In February and March 2003, the Screaming Eagles deployed to Kuwait and began their next “Rendezvous with Destiny” as part of Operation Iraqi Freedom. In a grueling movement of 571 kilometers through hostile territory and through a series of ferocious engagements in several major cities, the division exhibited its flexibility, lethality, and tremendous firepower at every turn, fighting its way to South Baghdad. The division’s air and ground operations were instrumental in the defeat of elements of the Medina, Nebachudnezzar and Hammurabi Republican Guard Divisions; the liberation of An Najaf, Karbala and Al Hillah; and the clearance of South Baghdad.

Ordered to Northern Iraq, on 22 April 2003 the division conducted the longest air assault in history, and quickly assumed responsibility for Iraq’s second largest city of Mosul and four northern provinces. Recognizing the importance of helping Iraqis return to work and the need for a safe environment, the division concentrated on the goals of rebuilding, training, and equipping the Iraqi police; restoring the integrity of Iraq’s international borders through the formation of the Border Police; securing critical infrastructure by establishing the Facilities Protection Service; and creating the Iraqi Civil Defense Corps as a critical arm of Iraq’s new army. The division also conducted the first province election in Iraq, killed Saddam’s sons Uday and Qusay, underwrote the completion of over 5,000 construction projects, and captured over 500 members of anti-coalition forces.

In January and February 2004, the division redeployed to Fort Campbell.

Partnered with four Iraqi Army Divisions and over-watching a fifth, Task Force Band of Brothers, effectively trained Iraqi soldiers and helped them to earn the trust and confidence of their people. Once trained and reasonably equipped, Iraqi soldiers began conducting offensive operations.

Alongside Iraqi Security Forces and U.S. Army Special Operations units, the Screaming Eagles executed many successful “kinetic” combat operations in which terrorist instigators and financial facilitators were severely disrupted. Such operations resulted in the detention of thousands of insurgents and the capture of 80 high-value targets. By the end of Operation Iraqi Freedom 2005-2007 the Division had transitioned major parts of its battle space to Iraqi units.

As part of the Army’s “transformed” configuration of Brigade Combat Teams being the basic maneuver element, major elements of the 101st Airborne Division (Air Assault) took the Screaming Eagles reputation for tenacity and resilience on the battlefield to nearly every corner of Iraq. The 2nd Brigade Combat Team and the 4th Brigade Combat Team (-), both attached to the 4th Infantry Division (Mechanized), participated in intense combat and stability operations in southern Baghdad’s densely packed urban sprawl. The 1st Battalion, 506th Infantry, as part of Multinational Forces-West, participated in combat operations in some of Iraq’s toughest neighborhoods around Ramadi. The 159th Combat Aviation Brigade worked in direct support of Multinational Corps-Iraq by providing rotary-wing helicopter support to nearly every unit in Iraq.

The Division returned to Fort Campbell in November 2006 after adding another illustrious chapter to its history. Once again, the Screaming Eagles had proven their unsurpassed flexibility, aggressiveness and determination under extreme conditions and against a dedicated and clever enemy. This mission was not accomplished, however, without great sacrifice.

In October and November 2007 the 1st, 2d, and 3d Brigade Combat Teams deployed to Iraq, as separate units attached to various Army Division Headquarters, and immediately began combat operations. In February 2008 the Division Headquarters and 4th Brigade Combat Team deployed to Afghanistan where the Division assumed command of Afghanistan Regional Command East along the Pakistan-Afghan border. They assumed command on the 101st day of the year.

In March 2008, the Division Headquarters (and its Special Troops Battalion), 101st Airborne Division (Air Assault) joined the 4th Brigade Combat Team and the 101st Sustainment Brigade in Afghanistan in support of Operation ENDURING FREEDOM. As Combined Joint Task Force-101 (CJTF-101), the Division Headquarters was supported by many attached Coalition units and was responsible for an area of operation the size of Pennsylvania designated as Regional Command-East. Composed of 14 provinces, including much of the volatile border region between Afghanistan and Pakistan, as well as the Hindu Kush and Afghan Central Highlands, Regional Command-East was posed with a unique and difficult set of challenges unlike anything previously experienced.

The Soldiers of CJTF-101 thrived in their role as both Soldier/diplomats and warriors. CJTF-101 helped restore the Afghan people’s confidence and trust in their government, while improving their quality of life through more than 2500 innovative development projects. As warriors, CJTF-101 aggressively trained Afghan National Security Forces (ANSF) and, side-by-side, relentlessly pursued insurgent groups wherever they could be found.

After a brief respite at home, the Screaming Eagles returned to their training activities in preparation for its next rendezvous with destiny. The Division’s year at “home” was marked by intensive training, deployments to the Combat Training Centers, and validations of its preparedness for the challenges of conducting combat operations in the rugged and unforgiving environment of Afghanistan.

When the Army planned its “surge” in Afghanistan, it leaned heavily on the 101st Airborne Division (Air Assault). By late-2009, the 3rd Brigade Combat Team, 101st Airborne Division (Air Assault) began its deployment in support of Operation Enduring Freedom. The Rakassans were closely followed by 1st and 2nd Brigade Combat Teams and the 101st Combat Aviation Brigade, respectively. On June 14th, 2010, Headquarters, 101st Airborne Division (Air Assault) took up its CJTF-101 designation again and resumed control of Regional Command (East); the volatile Afghan provinces adjacent to the Federally Administered Tribal Area of western Pakistan. For the first time, the entire Division was deployed to Afghanistan. Although divided between two major commands, Regional Command (East) and Regional Command (South), the Division brouht its unique capabilities and tenacious reputation to the battlefield with the objective of helping Afghanistan secure its people and resume its rightful place among the peaceful community of nations.

The majority of the Division redeployed from Afghanistan by late 2011. On 22 March 2012 the 159th Combat Aviation Brigade redeployed to Fort Campbell, Kentucky and, for the first time in five years, the entire 101st Airborne Division (Air Assault) was “back home” together.

As we take time to reflect on our Division’s great history and many extraordinary achievements, on and off the battlefield, we must remember that these accomplishments were not won by aircraft, weapons, and technology. They were earned by our Soldiers. Our thoughts remain with those Screaming Eagles currently engaged in combat operations in Afghanistan. 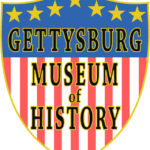