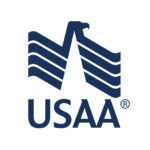 The legacy of the soldiers who served with the 101st Airborne Division (Air Mobile) and the 1st Cavalry Division in Vietnam was the foundation of what evolved into the air assault techniques and tactics of today. The soldiers of the current 101st Airborne Division (Air Assault) earnestly desire to recognize the heritage of those soldiers who proved the concept of air mobility/air assault operations by awarding those who meet certain strict criteria, Honorary Air Assault Wings during the Annual Week of the Eagles Celebration from June 21st to 25th.  There is a ceremony to award the Honorary Air Assault Badges to Veterans scheduled for June 24th from 12-3 PM, at the Sabalauski Air Assault School.  RSVP Required for attendance to both have the certificates prepared and to ensure enough food for the catered BBQ.  Those who will be attending the Ceremony at the Air Assault School on 24 June must RSVP to attend at this link https://fortcampbell.com/events/

This is an Honorarium Award. Veterans who have provided the required criteria and who have been certified by the 101st Airborne Division (Air Assault) will be officially authorized to purchase and wear (or display) the Air Assault Badge. The Air Assault Badge may then be worn on civilian caps/clothing but is not authorized for wear on a uniform. It is also important to understand that this honorary recognition does not entitle the veteran to have the Air Assault Badge added to his official military personnel record.

Eligibility for the honorary award of the Air Assault Badge is based upon satisfaction of ALL the following criteria:

OR was a Combat Support MOS assigned to a 101st or 1st CAV combat unit in Vietnam. This does NOT exclude Aviators and Helicopter Crew Chiefs, Door Gunners, Flight Medics Etc.; AND 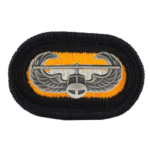